The wait is finally over, Groove Cruise has unveiled a star-studded lineup for The Ascension sailing from Los Angeles to Cabo San Lucas.

Set to set sail Wednesday, October 19th through Monday, October 24th, Groove Cruise Cabo will once again depart from the West Coast aboard the newly-renovated Norwegian Jewel after nearly six years since the last departure.

Groove Cruise “Captains” will immerse themselves in 120 hours of nonstop electronic music from more than 80 artists from around the globe. Headliners for The Ascension sailing include Claude VonStroke, underground party-starters Desert Hearts, Gareth Emery, and Said The Sky who will be making his Groove Cruise debut.

As for the rest of the lineup, The Ascension sailing will also feature sets from ACRAZE, BLOND:ISH, Joel Corry, MitiS, Lee Reynolds, Gene Farris, Blanke, Sam Blacky and many more!

Take a peek at the lineup for Groove Cruise Cabo below. Tickets are available for purchase now with payment plans starting with just a deposit of $99 at groovecruise.com/cabo-san-lucas. 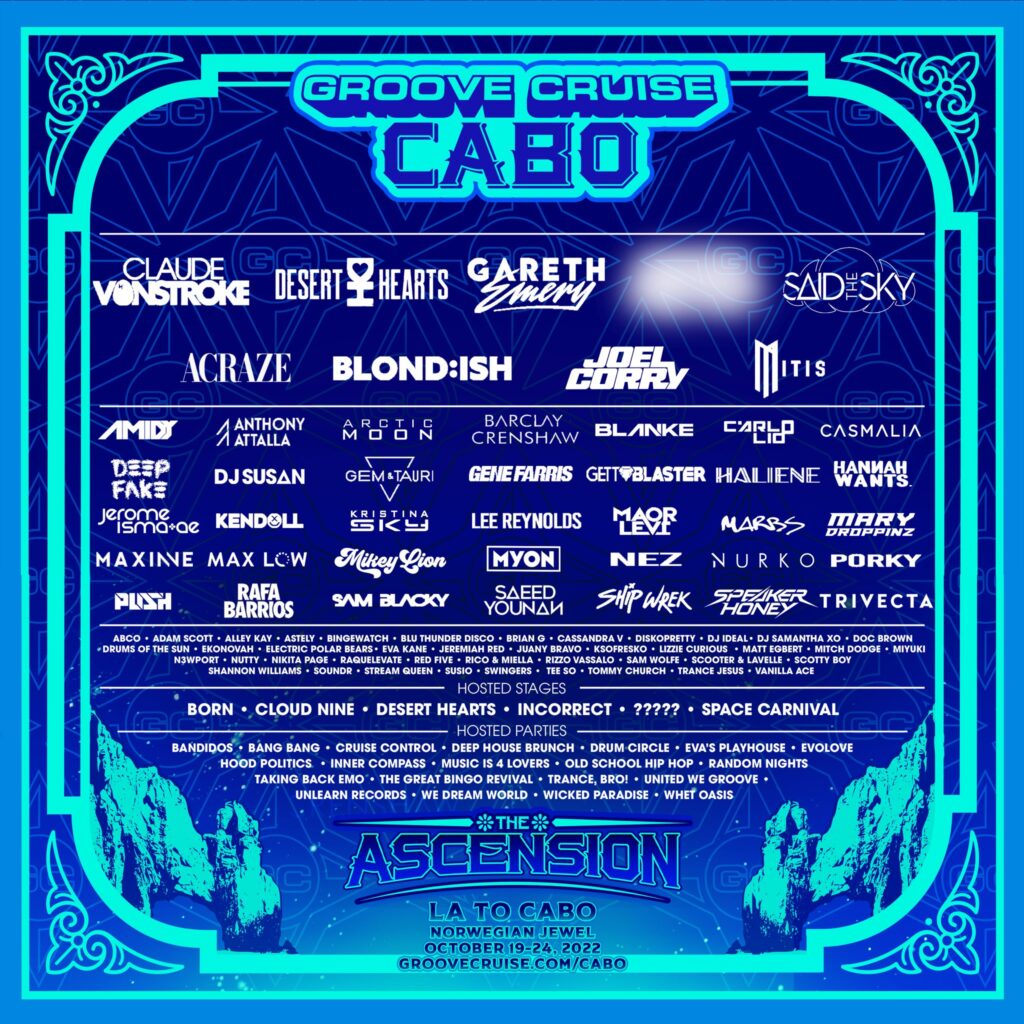