Still buzzing after making their return to Coachella closing out the weekend with a performance alongside The Weeknd, Swedish House Mafia has opened the week adding dates to their Paradise Again Tour in addition to revealing the support acts for their upcoming world tour.

Including the addition of new dates in Los Angeles at Banc of California Stadium, two shows in New York City at Madison Square Garden, and an extra date at San Francisco’s Chase Center, the roster of support features Alesso, Vintage Culture, ZHU, Kaytranada and Grimes.

Check out the complete list of Swedish House Mafia tour dates below. Tickets for their upcoming tour are on sale now at swedishhousemafia.com with their debut album Paradise Again being available now on all streaming platforms. 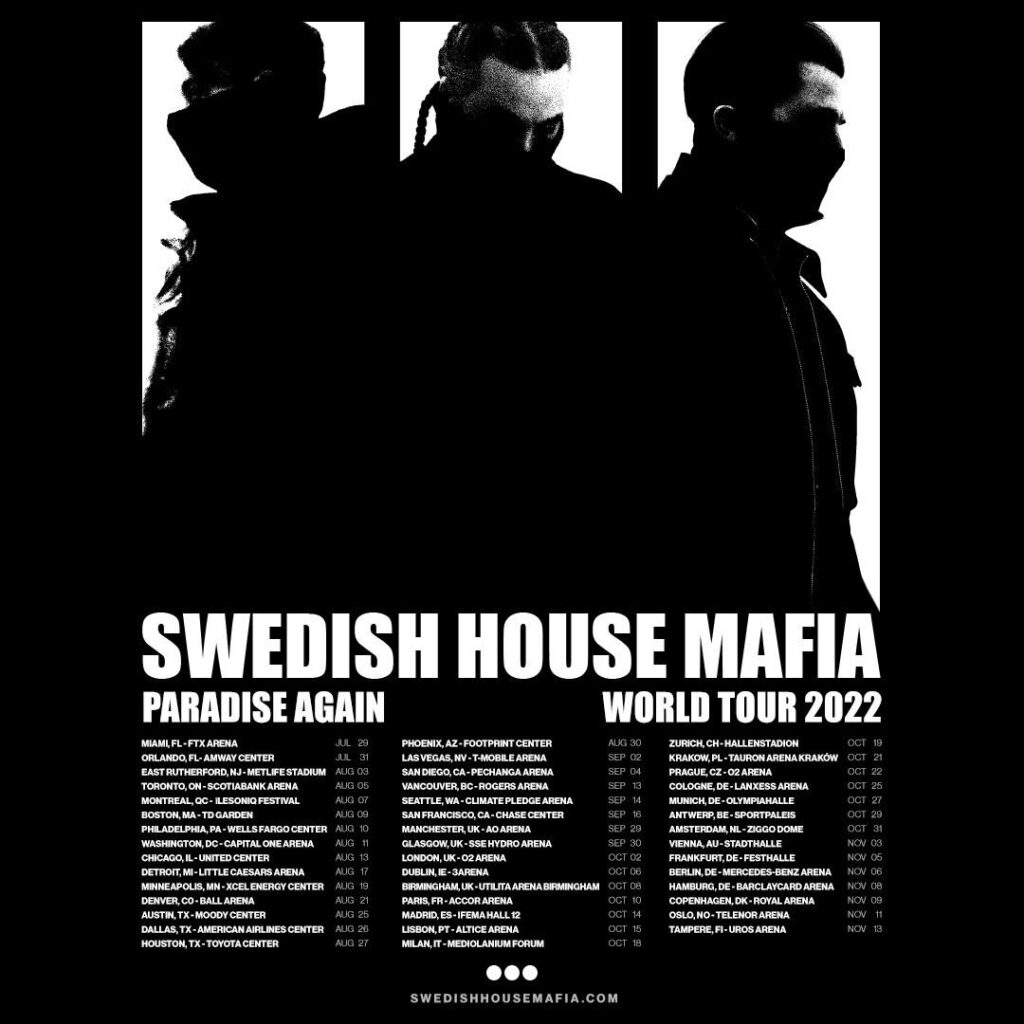