The one and only GRiZ has just broken the news that he will be hosting his first-ever camping festival! Set to take place on September 16th and 17th at the Alpine Valley Music Theatre in East Troy, Wisconsin, Triple Rainbow will be the debut festival from the Detriot native.

For those looking to attend, fans can expect GRiZ to perform a unique set each night filled with unreleased productions, a bevy of classics, and unique live edits on tracks off his most recent album, Rainbow Brain.

Check out his official announcement below. Pre-sale tickets for Triple Rainbow at Alpine Valley Music Theater are available now at mynameisgriz.com. 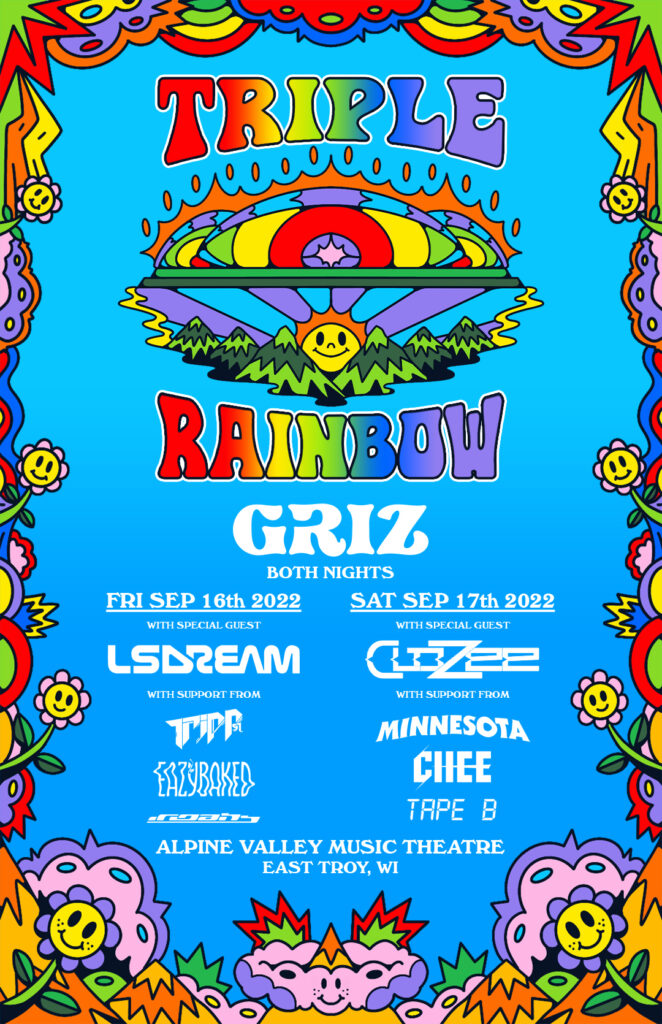