As we quickly head into the heart of festival season, the team behind the renowned CRSSD Festival, FNGRS CRSSD, has announced the artist lineup for the return of DAY.MVS XL to San Diego this summer!

After a wildly successful debut last year, the festival will be returning to San Diego’s Waterfront Park showcasing electronic music’s latest and greatest on August 6 and 7.

Take a peek at the initial artist lineup below. General on-sale begins Wednesday, April 13 at 11AM PST at crssd.com/daymvsxl. 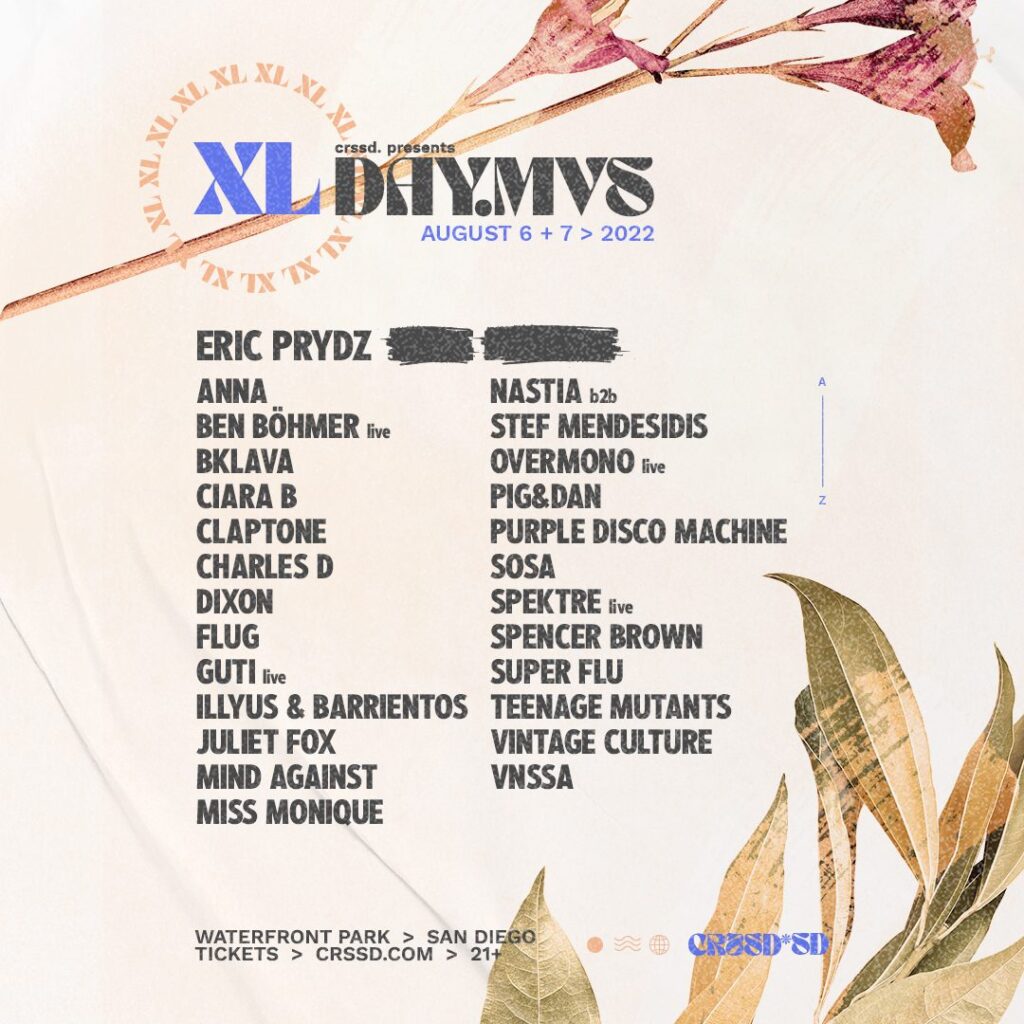 MK Connects With Aluna For “Kiss It Better”