Following two years of postponements and cancelations, Coachella is back in a big way announcing its artist lineup for 2022!

Making its triumphant return to Indio, California for two weekends across April 15–17 and April 22–24, Coachella will once again feature the latest and greatest from the world of music with this year’s headliners being Harry Styles, Billie Eilish, Kanye West (who is now known as Ye) and Swedish House Mafia.

Coachella’s Weekend One is entirely sold out. Pre-register for Weekend Two is now open at coachella.com and those tickets are set to begin on January 14th at 10am PST.

Check out the complete Coachella 2022 lineup below. 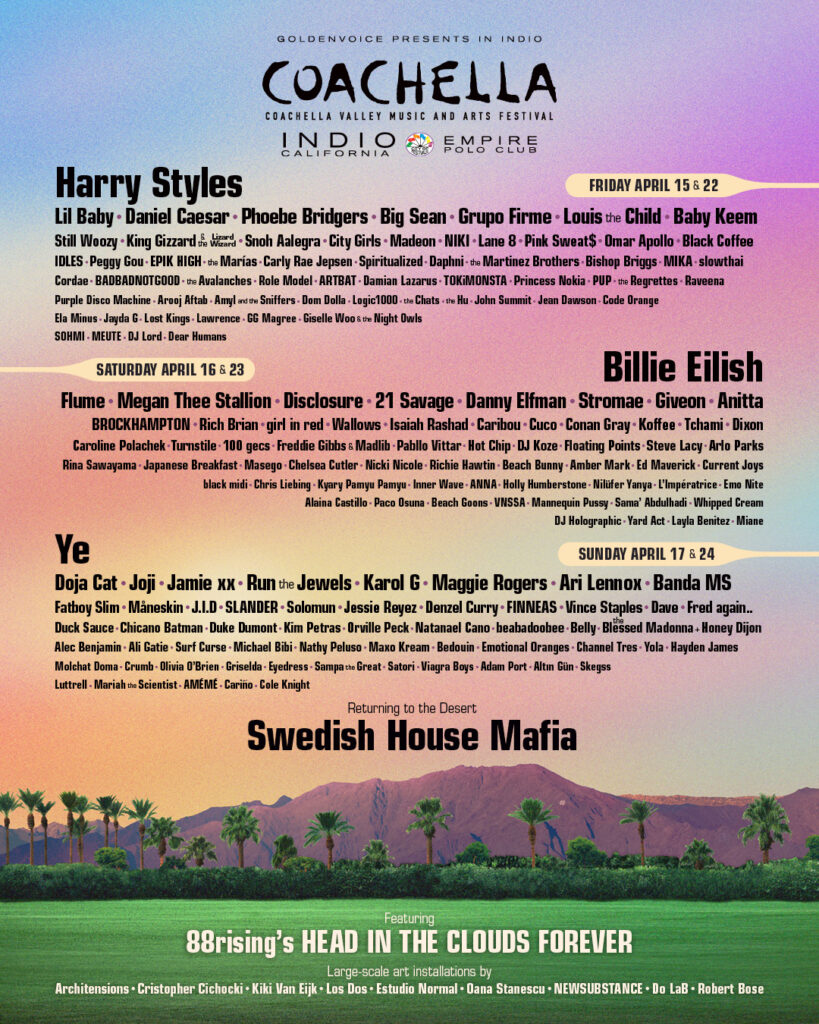