Following the grand reveal of its phase 1 and phase 2 lineups, Ultra Music Festival has unveiled a star-studded lineup for its esteemed underground concept, RESISTANCE!

Following the 2019 debut of RESISTANCE Island, the festival’s underground brand will travel to Ultra 2022 with a new format customized specifically for Bayfront Park featuring one of its most impressive lineups to date which includes a bevy of debut performances.

Setting up shop on the northern perimeter of the revamped festival layout, RESISTANCE Miami will feature multiple areas, including The Carl Cox Megastructure and the debut of The Cove. The Cove features unique waterfront positioning to transport attendees back to the spirit of RESISTANCE Island, all nestled perfectly under Miami’s signature palm trees, while overlooking Biscayne Bay.

Check out Ultra Music Festival’s complete RESISTANCE lineup below. Tickets are on sale now at ultramusicfestival.com. 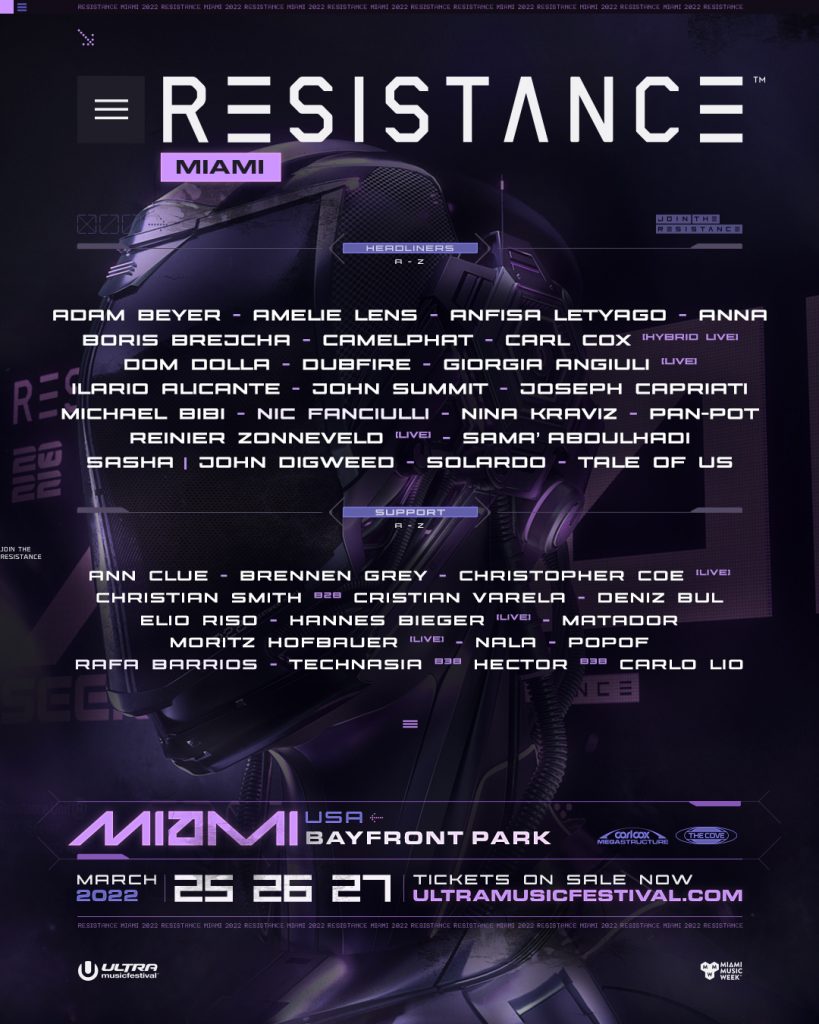