After a successful debut back in April, Insomniac and Club GLOW have revealed the artist lineup for the 2023 edition of the festival.

Set to return to RFK Festival Grounds in Washington DC on April 29-30, the soundtrack to the weekend will be provided by the latest and greatest from the world of electronic dance music.

Take a peek at the complete lineup below. Tickets are on sale now at projectglowfest.com. 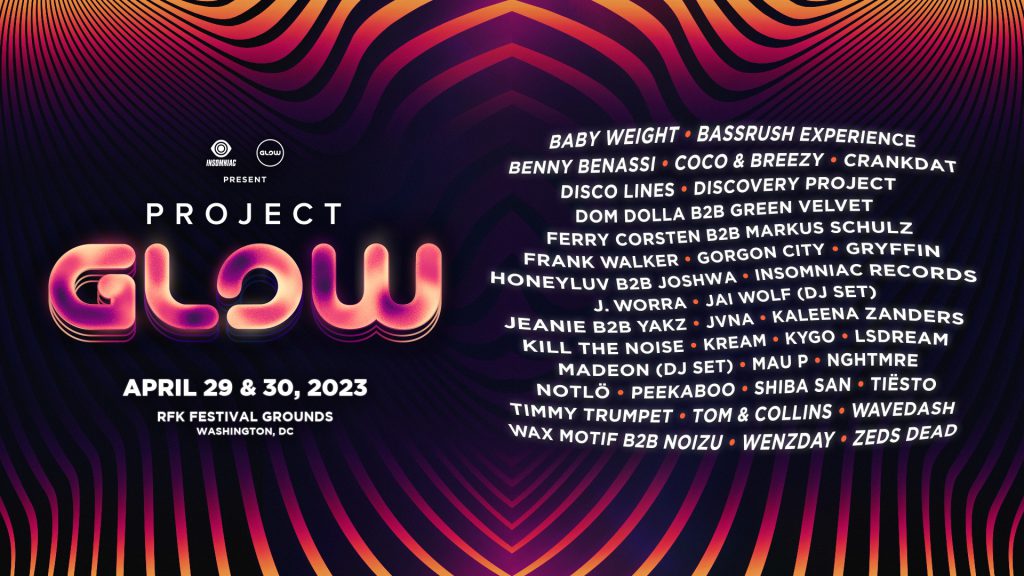